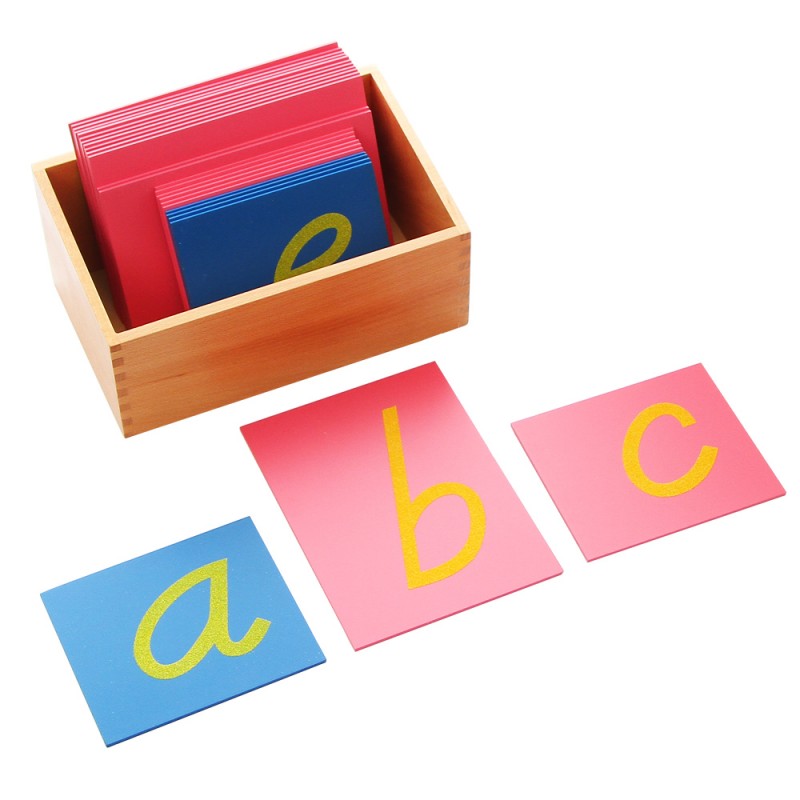 Send email to us

26 cursive lower case sandpaper letters. Consonants are on pink wooden boards and vowels on blue boards. Includes extra y on blue board.
The cursive letters further heighten the child’s awareness of the sounds in words
The cursive wooden letters unite these sounds by means of muscular and visual memory to the appropriate symbol.
Preparation for writing and reading

Each Cursive Sandpaper Letter is in upper case. The rough texture is easy to feel and trace with the finger.

The Sandpaper Letters (upper case, cursive) are presented in the traditional colours of blue for vowels and pink for consonants.  The letters themselves are fine-grit sandpaper on painted hardboard for a durable, long-lasting finish.  The set includes an extra “y” in blue (twenty-seven letters in all) for instances where y is used as a vowel.  The set includes a wooden box for display and storage.